by Nick Gromicko
Germs from other swimmers and unsafe water supplies can easily contaminate pool water, especially if it isn’t properly disinfected. Contaminated recreational water can cause a variety of ailments and diseases, such as diarrhea, and skin, ear and upper respiratory infections, particularly if the swimmer’s head is submerged.  Inspectors should be familiar with the problems caused by contaminated pool and spa water, and how to prevent them. 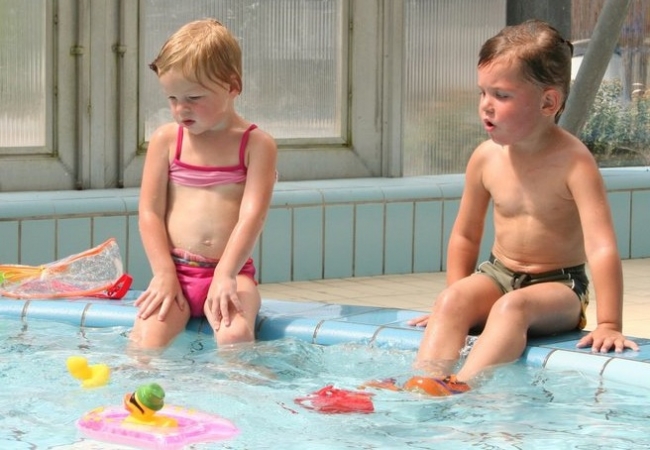 Viruses, bacteria and protozoa are the culprits in most swimming pool-related sickness outbreaks. The mucus, saliva, blood and skin of infected swimmers can directly contaminate pool and spa water with sufficient pathogens to cause infections in other swimmers who come in contact with it. Feces are a particular danger in pools, as the pathogens they contain are typically present in enormous numbers, approaching a million per gram of feces. A single fecal release in a pool could contaminate millions of gallons of water, according to the University of Arizona’s College of Public Health.  Large outbreaks of disease are uncommon and they don’t typically happen in residential settings, but they should alert homeowners to just how contagious pathogens are when they’re waterborne. Consider the following such cases:

Inspectors can benefit from learning the basic pathogens that are commonly found in swimming pools:

Pool disinfectants can kill most germs in less than an hour, but for others it can take longer.  Cryptosporidium, for instance, can survive for up to 10 days in a properly chlorinated pool, and other pathogens are completely resistant to chlorine. In addition, the unique circulation patterns found in pools may allow poor water circulation in some areas, making it unlikely that all pathogen activity can be fully prevented. The unfortunate truth is that chlorinated swimming pools can and do transmit disease. Swimmers should not rely solely on the pool’s chemical treatments, and should heed the following precautions:

In summary, pathogens can easily permeate an entire pool.  Some are resistant to chlorination. Inspectors should advise their clients that chemical treatments for pools and spas are best supplemented with good hygiene. 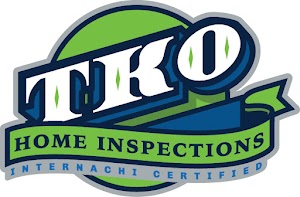 Andy Phillips
01:04 22 Feb 20
Todd from TKO made our home inspection a breeze. As a first time home buyer, my wife and I had no idea what to expect. Todd was nice enough to walk us through the whole process and pointed out every scratch and dent in the house. He identified 22 minor issues 5 moderate issues and 7 severe issues. We were able to work with the home seller to fix a few of those issues and the rest we can either fix ourselves or find a contractor to help to give us leave of mind. Thanks for being so thorough and detailed Todd!

Rhonda Webb
02:58 04 Feb 20
Great with responding time , knows what to look for when inspecting a house , he does not rush through a job and is very reliable. I would highly recommend him to anyone needing their home inspected he takes his serious and you can trust him to do that job correctly when buying a house.

Lauren Lucas
03:45 25 Jan 20
TKO Home Inspections has been on our Preferred Vendor list since 2019. Todd is responsive, and has one of the easiest Inspection Reports to read that we have seen. We never have any issues explaining his findings to our clients, as he is very thorough in explaining exactly what he finds in both word explanation, and photo evidence. We will continue to recommend Todd to our clients in 2020!

Travis Oquin
20:50 28 Nov 19
Todd at TKO Home Inspections was able to quickly schedule a home inspection and was extremely professional from start to finish. He was very detailed and thorough in his inspection, and left nothing to question about the condition of the home I was buying. Highly recommended!

Tara Trujillo Huffman
14:44 25 Nov 19
Todd worked to get us scheduled at time that was convenient for us which happened to be on an early Sunday morning. He walked me through the house and various issues and then I received a report that was even more thorough and detailed with things that I didn’t even recognize as issues. He was prompt and quick to get us the full report back. He really did a great job.

Stephen Devins
13:10 25 Nov 19
Great inspector, took the time to go over everything in fine detail. Easy to talk to and made sure that I felt like I was part of the inspection.

Neeley keys
20:29 21 Nov 19
Todd was great to work with! He was able to schedule us quickly and work around our busy schedules. He was very thorough in his work which led us to getting our home for a cheaper price than what seller was originally asking. I would highly recommend TKO for all of your inspection needs!

Diane Todd
17:41 20 Nov 19
Todd is professional, punctual and thorough. Inspection reports are very clearly explained. Todd is a good communicator and is able to explain things in layman's terms. I enjoy working with him and would recommend him to anyone needing a home inspection.

Kenneth Goodson
15:53 20 Nov 19
Representative provided a thorough and in depth inspection of the property. I was very impressed and going to continue working with the Representative. I highly recommend this Organization for all property Home Inspections.

Diane Todd
15:37 02 Oct 19
Todd Kirk of TKO Inspections was punctual, professional and very thorough. He was also very polite and willing to answer any questions my client had about the home she was having inspected. The report that was emailed was great! Lots of pictures, explanations and suggestions.

Scott Searls
17:02 07 Sep 19
The inspector was very thorough and knowledgeable. I felt confident and trustful of their assessment. Would definitely use again.

Acacia Cook
22:53 12 Aug 19
Todd, was so professional. He got there early and started the inspection. He walked us through everything that needed to be done and ran through a summary at the end. He was great!

amy rupp
16:45 06 Aug 19
Very easy to work with. Received a in-depth report as well as recommendations for next step . Would highly recommend!!

Chris George
17:21 05 Aug 19
This was a great experience. Walked me through every finding in detail and was honest when it came down to needing to replace things or not. This is my first time buying a house and Todd was the perfect person to help me through this process!

Lauren Swieterman
03:18 02 Jul 19
Amazing knowledgeable home inspector, helps educate buyers along with myself everyday and each time I refer him, my clients appreciate it and his experience more than you know . I Highly recommend TKO, he has carried out 3 inspections in the past week for different clients at short notice 👍🏼 Home inspections don’t always have to be a bother, these i consider now more insightful and educational for all parties ✅👍🏼

Kevin Zacharyasz
12:59 26 Jun 19
Todd was very professional and a great guy! He responded very quickly and his price could not be beat. He provided great insight on our future house, and was able to help make potential recommendations. I attended the inspection with Todd and it was very beneficial.

Nadean Hayes
22:27 20 Jun 19
Todd was great to work with. He took me through the process with him and showed me everything that concerned him. He also answered all my questions and concerns with very specific answers and recommendations. I will definitely use him again. His report was very well done, complete with pictures. I appreciated all his help in helping me make an informed decision on the house. Thanks Todd!

Matt Skuce
17:56 20 Jun 19
Todd is everything you want in an inspector. When we hired him to inspect a home for us he was thorough, easy to communicate with, knowledgeable, got the reports to us promptly, and he saved us from buying a real money pit! The reports he sends are clear, accurate, personalized, and highly professional. We've had some experience with other inspectors and were disappointed, but not with Todd! I'd recommend him to any of my friends or family in a heartbeat.

Carole Firth
14:14 07 Jun 18
I can't say enough about my experience with TKO. The gentleman was on time, in fact a bit early, and was extremely thorough both during and after the inspection. Was available to answer any follow-ups, and has stayed in touch with helpful info and tips.

Danielle Storey
02:28 17 Mar 18
TKO home inspections was fantastic and would highly recommend! Our inspector Todd was wonderful! He responded in a timely manner, answered any questions we had, was very thorough and gave our inspection review within a day! You don't see that kind of service and professionalism that much today! Would use them again!
See All Reviews